Servicemen and women leaving the Armed Forces, who struggle to reintegrate into civilian life, would benefit from vital new housing and support services in a landmark proposal announced today by Stoll, the leading provider of supported housing for Veterans in the UK.

Stoll intends to provide at least three hundred more homes for vulnerable and disabled Veterans in need, subject to the outcome of a consultation, to help address the shortfall in Veterans’ housing identified in research by the University of York. Thousands more ex-Servicemen and women will also benefit from additional preventative support services, such as bespoke transition support when they leave the Armed Forces and outreach services for Veterans living in the community.

The transformative proposal being put forward by Stoll would be funded by the sale of part of the charity’s existing Fulham site to neighbour, Chelsea Football Club. If implemented, this agreement would create brand new, state of the art social housing and communal facilities for current Stoll residents at the Fulham Road site. With most of the existing accommodation over 100 years old, the proposal would enable Stoll to provide an enhanced offer to existing tenants.

Ed Tytherleigh, Chief Executive at Stoll, said: “This proposal would mean a step change in our ability to respond to the needs of homeless and vulnerable Veterans across the country. We are delighted that our long-term neighbour, Chelsea Football Club, is prepared to support our work and help ensure thousands more vulnerable and disabled Veterans will receive Stoll’s support to lead fulfilling independent lives when they leave the Armed Forces.”

Having overcome homelessness and other issues, Veteran Bob Barrett has been a resident at Stoll for over a decade: “Having a home at Stoll Mansions myself, I know I’m one of the lucky ones. Having a Stoll home has made a huge difference to my life and I was able to start a social enterprise which is now run by a fellow Stoll Veteran. Even though change can be unsettling, I’m on board with these plans. I’ll not only get a brand new flat, but the proposal will help hundreds of other Veterans. It’s only right that the next generation of Veterans should benefit like I have.”

A Chelsea FC spokesperson said: “The Club is pleased to be able to continue supporting our long-term neighbour, Stoll, and the much-needed services they provide to Veterans across the country. We hope this agreement safeguards the charity and their residents, today, tomorrow and for decades to come.”

Field Marshal the Lord Walker of Aldringham, who was the Head of the British Armed Forces from 2003-2006, said: “If this project goes ahead it will have a transformative impact for the next generation of Veterans. We have a duty to support members of the Armed Forces for life, and this proposal will make a big difference to some of the UK’s Veterans in the greatest need of our support. Stoll should be congratulated on being so forward-thinking.”

General Sir John McColl, Chairman of Cobseo, The Confederation of Service Charities, said: “This is an exciting opportunity for the Veterans’ sector. The Armed Forces Covenant reminds that as a nation we have a duty to support members of the Armed Forces for life, and this proposal has the potential to make a big difference to some of the UK’s Veterans in the greatest need of our support.”

Cllr Alan De’Ath said: “The residents of Stoll are an important community in the borough of Hammersmith and Fulham – we are proud to be the home of so many people who have served in the Armed Forces. Stoll’s proposal is to be commended. Not only does Stoll intend to provide high quality new social housing for these residents on their existing site at Fulham Road, but the charity will also be able to support many more Veterans. This announcement means more of those who serve our country will be able to get the housing and support they need when they leave the Armed Forces.”

The proposal is subject to the outcome of a formal consultation with Stoll residents that began on 16th January. No final decisions will be taken until Stoll’s Board of Trustees has listened to residents’ views and considered their consultation responses.

These are indicative designs 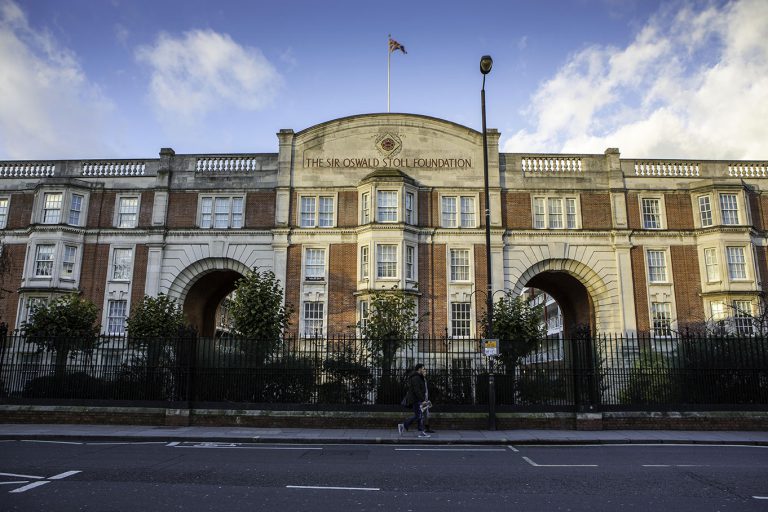