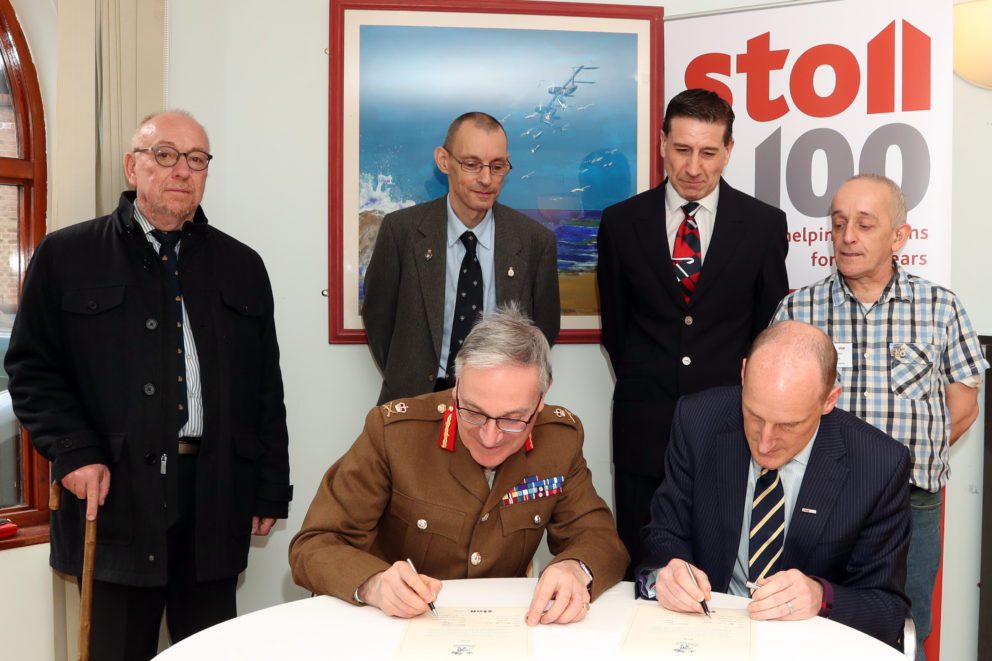 General Nugee said: “I am pleased that Stoll has signed the Covenant and is fulfilling its commitment to the Armed Forces Community by providing homes and additional support to Veterans. Whilst the vast majority of our brave men and women transition well into civilian life when they leave the Armed Forces, Stoll works hard to support those who need the most help.”

Ed Tytherleigh, Chief Executive at Stoll, said: “It is a great honour to welcome The Chief of Defence People to Stoll and to mark our commitment to the Armed Forces Covenant. At Stoll we provide Veterans in the greatest need with an affordable home to rent. Our additional support services have been helping people lead fulfilling independent lives for 100 years.”

During the visit to Stoll, General Nugee met a number of Veterans who were homeless and now have a home at Stoll. He saw at first hand how the organisation is committed to the requirements of the Armed Forces Covenant. Stoll has provided housing and support to vulnerable and disabled Veterans for 100 years, staying true to its mission. Stoll provides tailored support to meet the individual needs of Veterans from employment and life skills to domiciliary support to enable Veterans to remain in their own home.  A number of Stoll staff are also members of the Reserve Forces and Stoll accommodates their training and deployment wherever possible.